Ardel has a long history of providing for America’s defense. 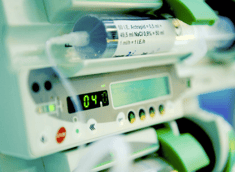 In the early 1980s, when then-President Ronald Reagan called for a “600 ship navy” to counteract the menace of a steadily growing Soviet fleet of submarines and maritime bombers – we put our shoulders to the wheel to meet that challenge. The American Navy saw its largest incarnation since the end of the Second World War, and was indisputably the most powerful fleet that ever sailed an ocean. As the Cold War ended and the so-called Pax Americana began, we thought the time had come to begin shifting our efforts into other advanced fields of technology, areas like computers, advanced medicine, and space-borne telecommunications systems.

END_OF_DOCUMENT_TOKEN_TO_BE_REPLACED

The “Facebooking” of Medicine and its Implications for OEM Medical Devices

In what many considered a surprising move, Facebook CEO Mark Zuckerberg recently appeared on NBC’s Today Show to announce a new Facebook feature that would soon be available for all the social media platform’s users to share: their organ donor status. 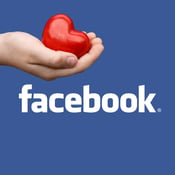 Apparently Mr. Zuckerberg’s medical student girlfriend, Priscilla Chan, inspired him to instigate the new social media status, since it would be an extremely easy way for those in need of a medical transplant to seek out a potentially life-saving donor. Previously, those searching for organ transplants would have to slog through a months-long, nebulous process that oftentimes involved them sorting through long miles of bureaucratic and insurance company red tape, or would even lead to less scrupulous customers shopping for organ transplants on the international black market.