With Apple Now Re-Shoring Its Manufacturing, Is This the Beginning of “Industrial Renaissance”?

One need only look at the past several decades to see that while the United States remains one of the world’s biggest manufacturing powerhouses, we’ve fallen behind a fair bit. 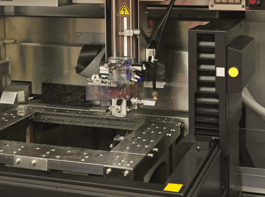 Thirty years ago, one by one, manufacturers who dealt in bulk production of things like electronics and toys made the critical decision to reconfigure their operations in places like China’s Pearl River Delta, Singapore, the Philippines, or Mexico. As a result, the total percentage of our workforce that is employed directly or in a field related to manufacturing has declined steadily since the late 70s, to a point where it now constitutes roughly 9% of American workers. Compare this statistic to the boomtown heydays of the early 1950s when around 30% of our workforce was engaged in manufacturing, and you can see the great disparity. Cheaper workers, more permissive labor laws, and certain aspects of free trade agreements have all contributed to a culture and atmosphere where it is deemed “smart” – and justifiably so – for a large company to migrate its manufacturing capacities overseas. Few companies have used the productivity of foreign workforces more brilliantly than California’s Silicon Valley technology companies, where outsourcing of printed circuit boards and silicon chips has gone on since at least the 1980s.

That being said, things may well be turning around, at least to a certain degree. Recently, Apple’s new CEO, Tim Cook, made headlines worldwide when he announced that his fabled company would invest some $100 million in capital to manufacture iMac components here in the U.S. While $100 million does not a revolution, let alone a renaissance make, it does seem to indicate a broader shift in the strategic thinking of major U.S. corporations. With Apple paving the way, other powerhouse companies are sure to follow suit. Indeed, one of Apple’s foremost manufacturing partners in China, the Taiwanese company, Foxconn, is now seeking a potential site to begin manufacturing printed circuit boards in the United States.

The reasons behind this growing mindset seem to be less idealistic than economically practical. After all, American companies are, in the end, beholden predominantly to American consumers. These consumers often require service quickly – companies like UPS, FedEx, and Amazon have accustomed them to being able to receive their goods and services overnight. That’s something that lengthy, complex, transoceanic supply chains just can’t do. Furthermore, as overseas workers’ skill-sets have improved over the years, so have their demands for higher, Western-style wages. Factory workers in China and Malaysia aren’t so easily induced to work under the conditions they’ve been working under for the past many years. It’s a smart move on the part of U.S. corporations to bring manufacturing jobs back home; smart, savvy, and eminently practical, and it can only lead to better things for this nation. Contact us today to learn more. You can also visit our website or view our capabilities.