How New Medical Device Regulations will Impact US Manufacturers

2015 may prove to be the year of new regulations. 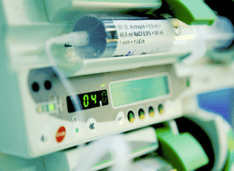 First the European Union may adopt new medical device regulations, which were first proposed by the European Commission in 2012, and secondly, there will be updates to ISO 9001 guidelines.

Many observers who have been following the European legislation believe that they will be published in 2015. Before these regulations US medical device manufacturers often looked to Europe first as the directives were lighter and US companies could more easily test their products oversees before bringing them to the domestic market.

According to Plastics Today, there will be three major changes to Europe’s medical device regulations which could drastically affect US businesses. The first is the proposal for a Qualified Person, which means that medical device manufacturers must employ a person with at least five years of regulatory experience on site. Second, will be unannounced audits by Notified Bodies to manufacturers or critical subcontractors at least once every third year. And third, is a new scrutiny procedure which would have an expert committee made of up members appointed by the EU member states, this group would have the ability to take a second look at innovative, high-risk devices that have already been assessed by the Notified Body.

In addition to the EU proposals, there is also a new ISO 9001:2015 in the works, which will likely have mandatory implementation by 2018. The new standard will include a new classification and format based on Annex SL which dictates the structure of ISO 9001 as well as some aspects of the current ISO 9004. The guidelines are currently open to public comment.

To stay updated on industry news be sure to subscribe to our blog. To learn more about how Ardel can help the medical device industry, visit our website.