Going on 50 Years of Building Quality Components for Industry

Ardel Engineering got its start as the brainchild of two General Mills engineers, Del Jensen and Loren Meredith. 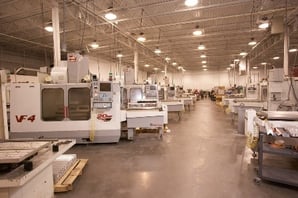 In their daily goings-about at General Mills, Del and Loren observed – and astutely so – that the machinery they operated at the company’s plants could be built from higher-quality components. After some negotiations with the parent company, they began fabricating machined parts for General Mills in 1967. Other commercial customers followed in swift succession. In the 1980s, with the massive build-up of the United States Navy to counter the perceived threat of the Soviet Red Banner Fleet, Ardel became a critical provider of high-grade components for U.S. naval warships. Our work on behalf of the U.S. Navy played its fair share in helping America out-engineer and outspend the Kremlin in terms of defense, and allowed for the Cold War to finally – and peacefully – end.

In 1986, our company got a new President and a new primary mission. Frank Prichelman, an aeronautical engineer by trade, saw an opportunity for Ardel to machine close-tolerance parts for sophisticated aerospace applications. To that effect, he went about retrofitting the company with gusto to reflect its new priorities: starting with a mere two NC Bridgeports and assorted pieces of manual machining equipment, Prichelman gradually built up Ardel’s capacity, adding equipment and skilled personnel who would be capable of helping him achieve his vision for the Minnesota company. Additionally, Prichelman made a concerted effort to bring Ardel into new, cutting-edge industries such as aerospace, computers, and telecommunications.

The hard work and strategic spending have paid off handsomely. Ardel continues to thrive as an aerospace company – supplying machined parts and components for any number of high-tech (oftentimes classified) aircraft and space applications. We received our ISO 9001:2008 manufacturing accreditation in December 2002. Seven years later, we further expanded the scope and quality of our machining process, acquiring an ISO 13485:2003 medical certificate that allowed us to delve into the booming OEM medical device market.

The results, thus far, continue to be positive. Our focus on scientific smarts, engineering prowess, and the latest in production technology continue to reap huge dividends for our company. Even in trying economic times, old clients continue to do business with us, and new clients continually want to work with us. Our no-nonsense Minnesotan work ethic hasn’t hurt us either: we know how to get things done quickly, accurately, and to the customer’s satisfaction. With the additional purchase of state-of-the-art Swiss turning machines and a 20,000 rpm Horizontal CNC milling machine, we continue to rise to whatever challenges present themselves.

Other companies focus on the short-run; we strategize for the long-haul. For further information about our company, our capabilities, and our staff, please contact us directly via phone or email, or request a quote from us! Thank you for your support of a great American enterprise.