Enterprises Old and New: Ardel and the Changing Face of the U.S. Navy

One of the first major industries we cut our teeth in (and our lathes in) here at Ardel was in machining high-grade components for the United States Navy. 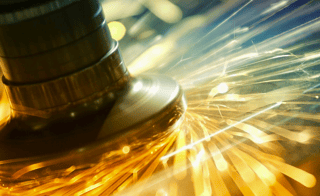 This was back in the 1980s, once upon a time and not so long ago, when the U.S.S.R. was a clear and present danger to the peace of the planet, and the Soviet Red Banner Fleet harbored the largest submarine force in the world. It was a time when slogans for “A six hundred ship Navy!” resounded through the Halls of Congress and the White House. It was a decade that saw the construction of some of the most awesomely powerful ships ever built: the giant Nimitz class aircraft carriers, the deadly and silent Los Angeles-class attack submarines, and the fiercely protective Ticonderoga-class AEGIS missile cruisers. By outspending the Soviet Union in naval forces year upon year, we contributed to Communism’s collapse, and the birth of the so-called Pax Americana. We played our part at Ardel Engineering, and we’re proud of those journeyman days of ours.

Today, the world feels almost unrecognizably different. Our primary military objectives are against small, highly mobile terrorist cells that can still – if given a chance – wreck mayhem and destruction on our overseas forces and to our native soil. And though it isn’t of the same size and scope as the one deployed in the 1980s, we still possess the world’s most powerful navy, and our naval technology – of which we at Ardel retain our part in helping develop – remains unchallenged by any other global power.

So it’s only appropriate we take a moment to salute a changing of the guard, so to speak: the world’s first nuclear-powered aircraft carrier, the U.S.S. Enterprise, has been recently brought to berth and retired from service. In its place, a whole new generation of U.S. aircraft carriers will be launching through the coming years. Designated the Gerald Ford¬-class carriers, they will project American naval airpower well into the 21st century. The third ship of this class scheduled for commissioning will be named the U.S.S. Enterprise. It will be a powerful reminder that America remains, as always, a presence to be reckoned with.

We’re proud of our new Navy at Ardel, just as we are with our old. We will continue to develop and machine vital parts and components that can carry our Navy full-sail into the challenges and changes that will unfold as the century progresses.